It surely would have been a classic, but instead it is one of the best-known unmade films not associated with Orson Welles. In Andrei Tarkovsky’s script for Hoffmaniana, German Romantic fantasist E.T.A. Hoffman would have interacted with characters from several of his classic stories. This is a very different film, even though it has a similar title and premise. Stylistically, this is not very Tarkovskian, obviously starting with the painstakingly rendered stop-motion animation. E.T.A. Hoffman and his alter-ego vividly come to life in Stanislav Sokolov’s Hoffmaniada, which screens as part of Russian Film Week in New York.

Hoffman is a young advocate with artistic ambitions, who unfortunately looks like a much older man. As a result, he lives vicariously through Anselmus (of “The Golden Pot”), the dashing young archivist in love with Serpentina, who is in fact, rather serpentine. Unfortunately, his courtship with be interrupted by Coppelius (the notorious villain of “The Sandman”), who bewitches Anselmus/Hoffman with the alchemical automaton Olimpia. Along the way, there are also cameos from an unfortunate child name Zaches, as well as a certain Nutcracker and Rat King.

Hoffmaniada really makes one wonder about the Tarkovsky film that never was, because Sokolov and screenwriter Victor Slavkin so cleverly and seamlessly integrate Hoffman into his own stories. It sounds very contemporary, in a self-referential hipster kind of way, but it really follows in a meta tradition that go all the way back to Don Quixote. Admittedly, sometimes the transitions from story to story can be a bit abrupt, but that is a minor flaw, especially considering how visually striking the film truly is.

Frankly, the sets, backdrops, and costumes alone make Hoffmaniada one of grandest literary period dramas of the year. It also might be the best stop-motion animated feature since My Life as a Zucchini, even on a par with Jiri Barta’s Toys in the Attic. 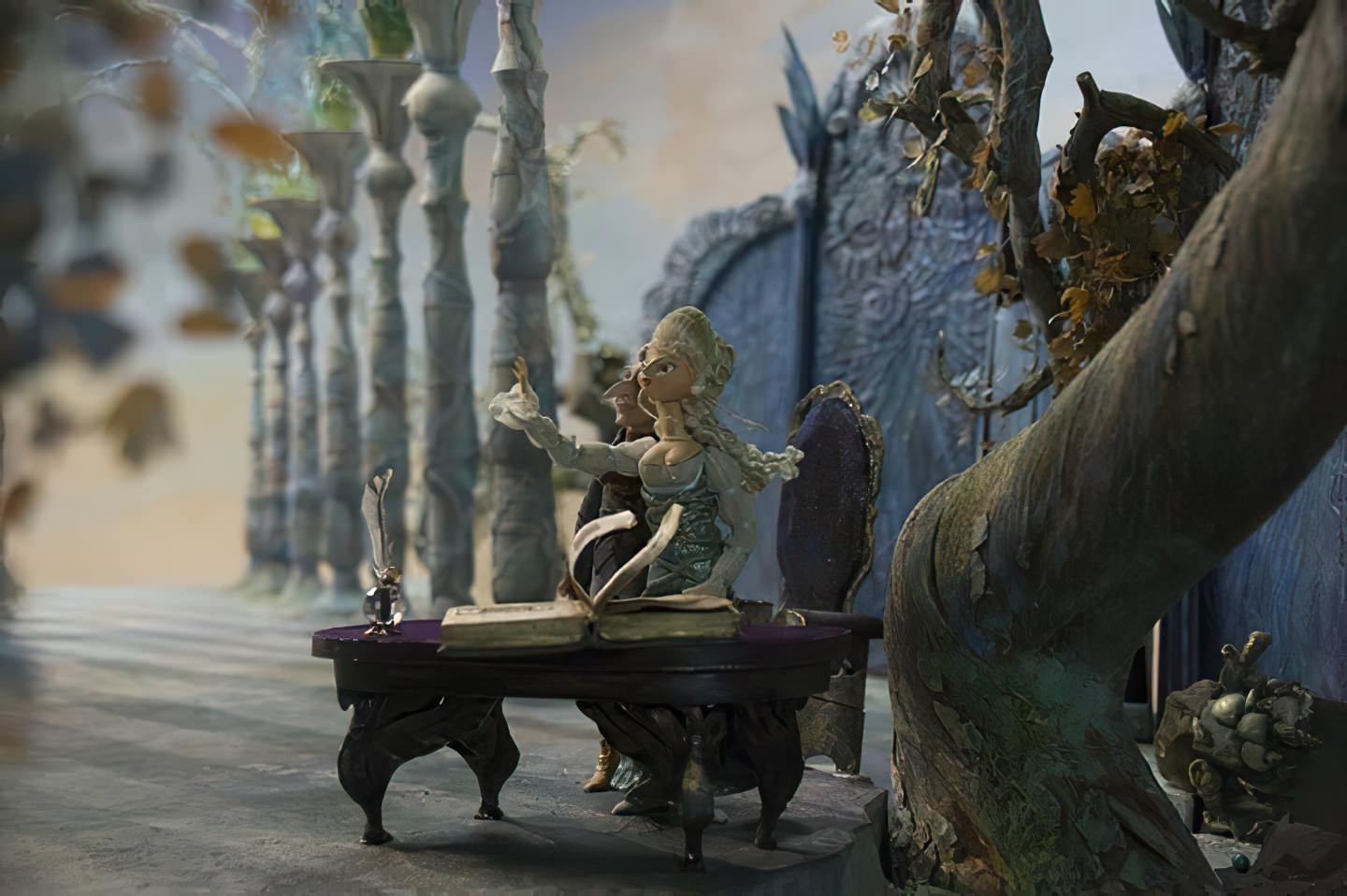 Those who know their Hoffman will find Hoffmaniada an even richer viewing experience. However, those who only know the tale of the Nutcracker, will still get swept up in it (and if you don’t know that one, just sit quietly in your shame). For Sokolov’s Hoffman (and Hoffman’s Anselmus) love and literature are both very difficult to pursue, but they are worth the hardships that come with them. Very highly recommended, Hoffmaniada screens this Sunday (12/9) as part of this year’s Russian Film Week in New York.